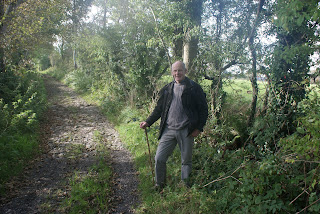 to Dalway's Bawn, the 'Cassie' develops a different feel. The final stretch is more wooded as we come near to the edge of the Dalway's Bawn home farm, but at the start, after Poag's Hill, the Cassie becomes obviously well-used - with some new houses behind the occasional 'modern' garden hedge! 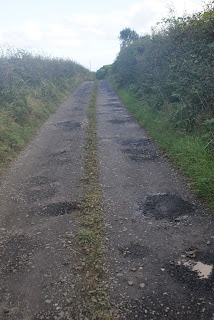 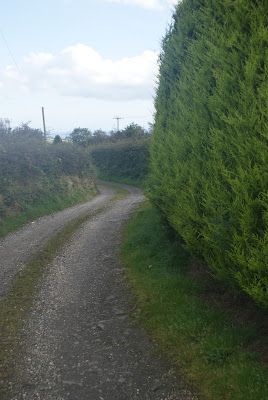 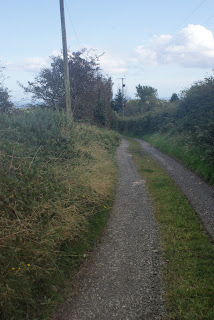 Thinking we were about to arrive at the end of the Cassie, I was soon disabused of that idea, as Ray explained that these houses were still only accessible from the old lane way - and that the 'road junction' ahead was nothing other than a side lane leading to the old Caldwell and Hay farms among others, including the original Andrew Jackson Homestead (no longer accessible). 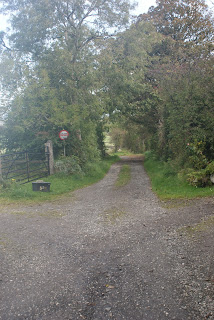 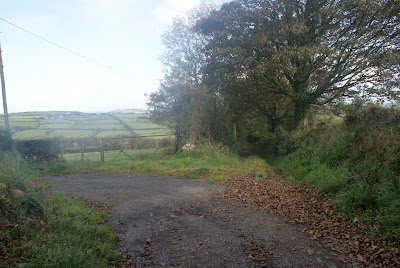 Soon we leave this strange,  cluster of side lanes and drives to dispersed isolated houses, and - straight ahead in the above photo - the Cassie reverts to its country lane character.
As we walk down this stretch of the Cassie, it once again feels like a lost, ancient world. 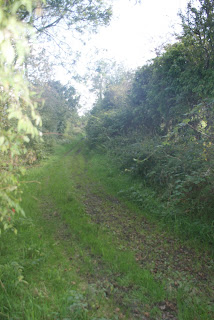 On the left, great views appear of the Bella hill countryside, with another last glimpse of the Irish Sea. 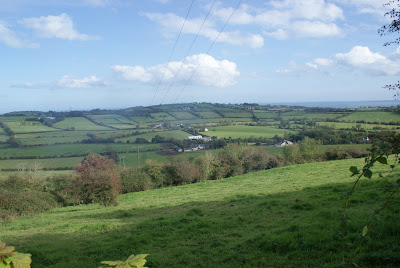 The next photographs take us down through a beautiful, wooded stretch signalling that we are now not only down into the 'lowlands' but also on the edge of the wooded margins of the Dalway and Dobbs landscaped demesnes. 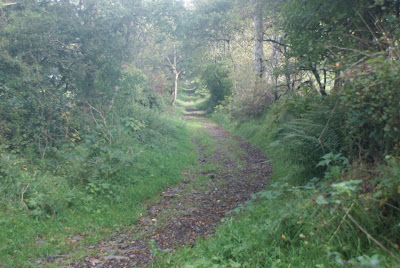 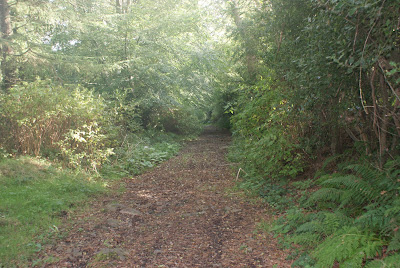 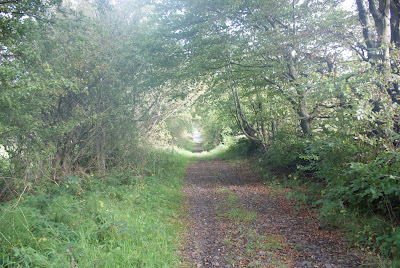 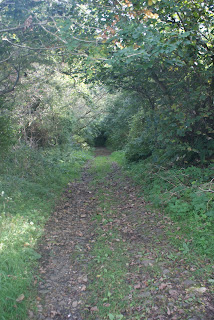 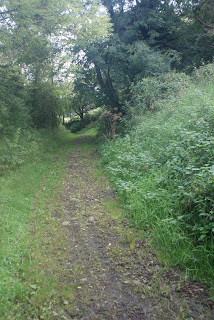 At the last bend in the lane, a view to the right confirms that we have reached the demesnes of Dalway's Bawn (below the middle horizon) and Castle Dobb's (middle horizon). 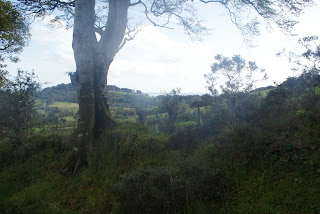 And so down the final 100 yards or so of the Cassie down to Dalway's Bawn Road. 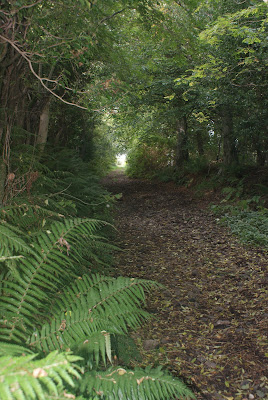 Out on the road, a last look back up the Cassie 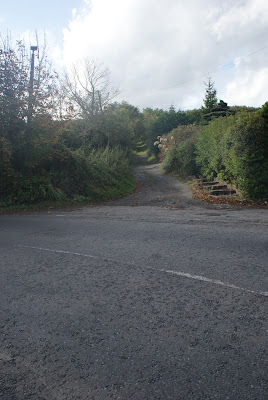 - before the photographic evidence that Ray and I have indeed reached the road outside Dalway's Bawn. 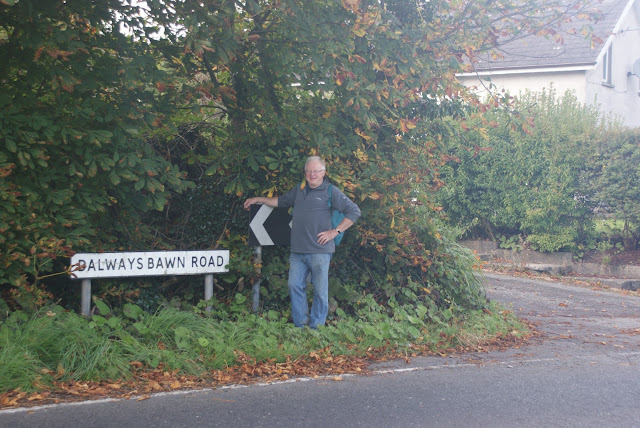 Thanks again Ray for the conducted tour. We have reached the end of the Cassie, but not the end of the story!
Posted by Philip Robinson at 13:49 6 comments: